With all the negative … 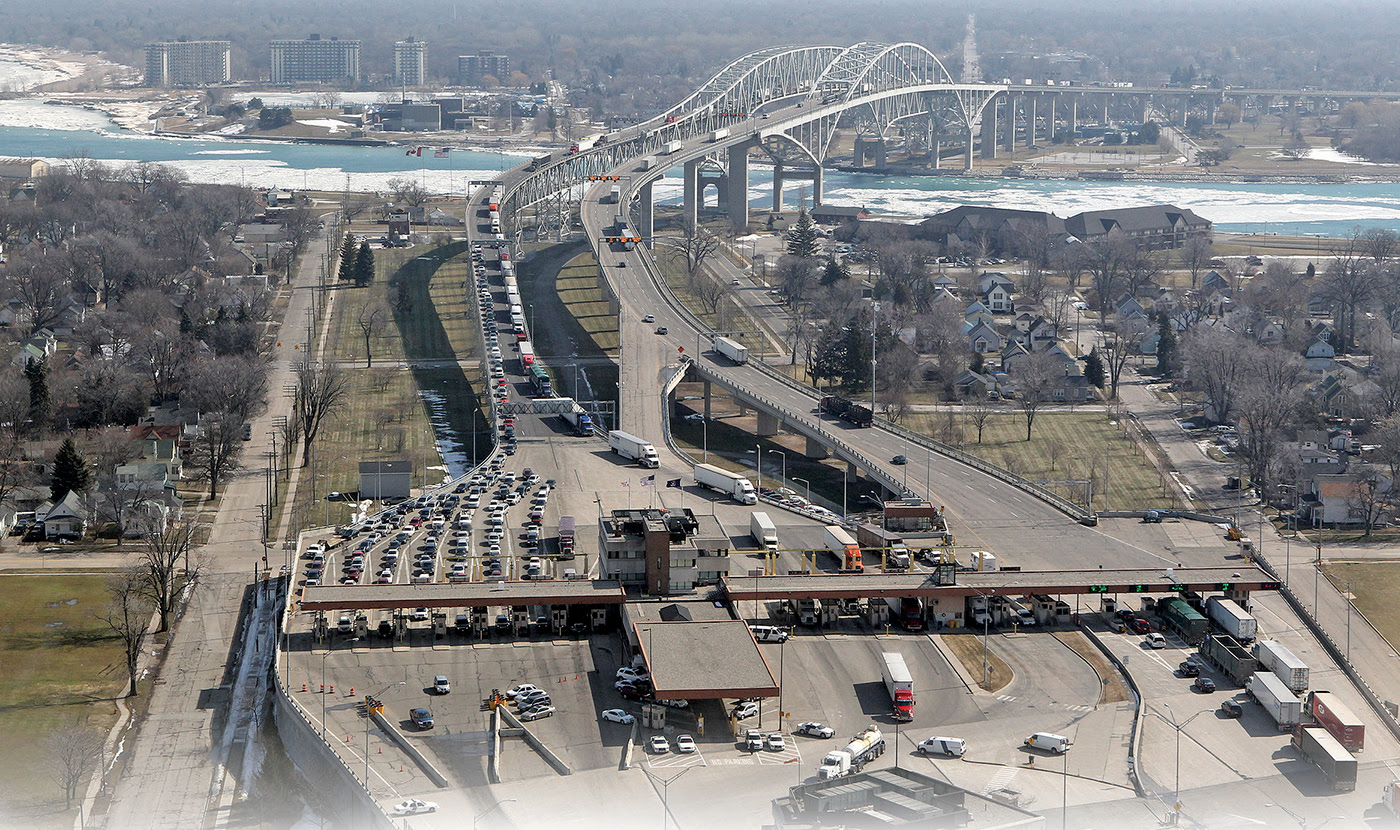 U.S.-Canadian border crossings, such as the Bluewater Bridge between Port Huron, Mich., and Sarnia, Ontario, could soon become even busier under expanded trade through USMCA. (Photo: U.S. Customs)

“It’s been a long road to get here,” Bednarksi said regarding the USMCA negotiation and approval process. “But, given all the challenges U.S. agriculture has faced in recent years, and especially this year due to COVID-19, USMCA couldn’t take effect at a better time.”

During a tour through Michigan on June 30, USDA Ag Secretary Sonny Perdue said the implementation of a “very fair deal” will benefit Michigan’s agricultural and manufacturing sectors, particularly the automotive industry. “We’re excited about USMCA implementation, and I think the U.S. is prepared to hold Canada and Mexico to the agreement as written,” he added.

According to American Farm Bureau Federation figures, Michigan agricultural exports to Canada totaled $902 million and another $174 million to Mexico in 2018, supporting 17,000 jobs both on and off-farm in production, processing and transportation activities.

Bednarski said while NAFTA proved to be a long and successful agreement for U.S. agriculture, updates to technology advancements such as biotech and phytosanitary standards were needed.

“NAFTA proved to be very good for U.S. producers, and with the improvements we see in USMCA, it too will be a great agreement for U.S. agricultural producers,” Newton added.

Ultimately, Newton predicts USMCA will allow U.S. farmers to be more competitive in global trade moving forward, noting the trade agreement will serve as the model for additional trade agreements currently being negotiated elsewhere, including the European Union.

“Not only does USMCA make trade with Canada fairer on the wheat front, dairy front, and poultry front, but we also updated non-tariff and science-based parameters within USMCA,” Newton said. “So, there are a lot of improvements in this trade agreement that should make U.S. agriculture more competitive worldwide in our top markets.”