For the most part, the frost fans didn’t work, which made Michael DeRuiter and his …

For the most part, the frost fans didn’t work, which made Michael DeRuiter and his crew’s weekend all-nighter a fruitless one.

Still, the Oceana County apple and cherry grower ventured out May 9 to his orchards. What he found following the freeze event were black-and-brown pistils. 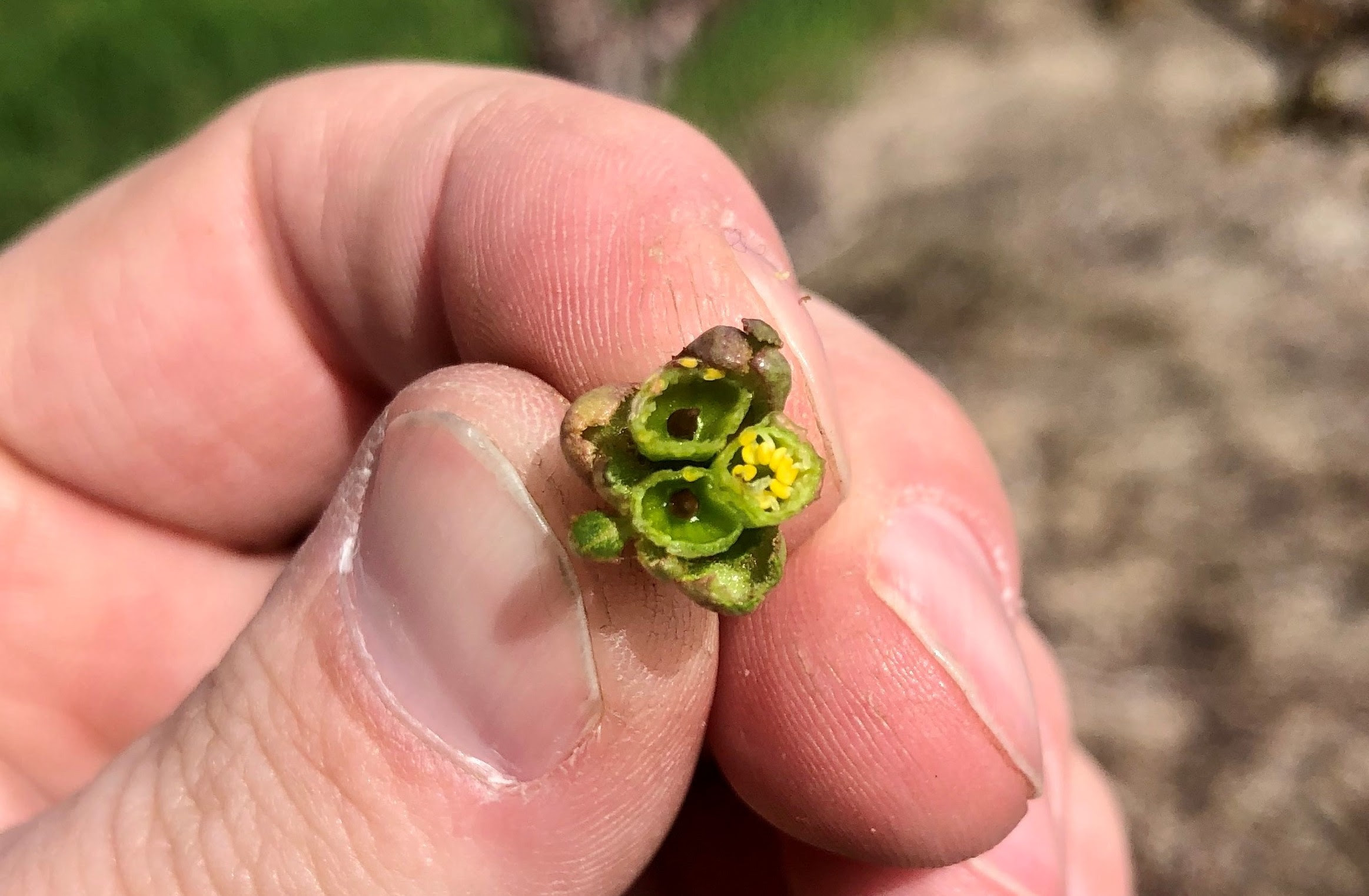 “We are cutting buds in order to get a view of the pistil, the female part,” DeRuiter told Michigan Farm News. “Some of the lake guys are guessing a 40% to 50% crop, which I believe because they were a little warmer. When you move to the Hart area, we are staring at a third of a crop for cherries. Apples are variable. You get out to Elbridge Township, and it’s a goose egg (for cherries). I am cutting buds out there, and I can’t find a viable cherry bud at all.

“It’s a smoke job out in Elbridge.”

Temperatures dipped Saturday into the low-20s, according to DeRuiter, noting the low in Oceana County reached 25 degrees.

“Typically, you get a few degrees, and you hope your fans warm up the area,” DeRuiter said. “There was maybe a degree or two of inversion. … From the farmers I talked to, the consensus was the fans didn’t do a whole lot of good with that particular situation.”

“This area was hurt badly, but we were the coldest area in the state, and other areas were not as far along and will have suffered less damage,” Longstroth wrote in an email to Michigan Farm News. “I will be out looking at apples, blueberries, and grapes this morning, and I expect to see damage in all of them.”

Longstroth told Farm Service Agency directors in Allegan, Berrien and Van Buren counties that the freeze event dropped area temperatures to the lower 20s and “severely damaged most fruit crops in the region.”

“The coldest temperatures were in the region east of Benton Harbor and west of Kalamazoo (20 to 26 degrees Fahrenheit),” he wrote. “There were warmer temperatures both to the north and south. … Areas close to Lake Michigan were warmer than interior sites. There was a weak inversion. There seemed to be a two-degree difference between high and low sites in the region. Some growers used wind machines and irrigation to prevent damage to their crops.”

Longstroth’s already inspected live and dead apples, grapes and plums in Southwest Michigan. Growers, he added, will continue to assess damages this week.

“We froze for at least two to three hours on the west side on Friday night, and I’m sure Saturday night too,” Szach said. “Most of our clients are trying to assess damages in orchards today and tomorrow. Clients in Van Buren (County) were hit with at least seven hours of freezing temperatures.”

“The cherries got hurt, especially the farther away from the lake you are,” he said. “It got really, really cold. … Growers are cutting into clusters and seeing some black ones and some not. We don’t know how much of a crop is there.”

“It sounds very bad in Southwest Michigan,” she said. “It’s too early to tell the extent as we need warmer temperatures to actually see it. We are expecting another freeze tonight but should have a better handle on it Wednesday or Thursday.”

The May freeze is just another form of bad news for Michigan tart cherry growers, said DeRuiter, given the failed dumping lawsuit against Turkey and already poor commodity prices.

“Even at 100% crop, tart cherry growers are struggling to pay bills,” DeRuiter said. “Say you get 30% of a crop, what percentage is going to get abandoned? If you can’t afford to grow 100% of a crop, how in God’s green earth are you going to afford to operate on a third of the income? I’ve talked to some growers, and they are trying to see if it’s worth it for them to keep spraying the current crop or keep leaves on the trees and call it a day.”