Cold and snow coming this weekend

Arctic blast set to punish Northeast with cold, May snow

AccuWeather Global Weather Center – May 5, 2020 – An unusually chilly spring is about to turn even more shocking as cold air, moisture and a visit from the polar vortex team up to trigger way out-of-season conditions for mid-May across portions of the Northeast. AccuWeather meteorologists anticipate the upcoming pattern to bring snow that defies the norms for so late in the season and freezing conditions.

The weather late this week to this weekend and beyond may seem unreal and downright nasty after the warmest weekend of the season so far. After the temperature in New York City failed to climb to 70 degrees Fahrenheit during April for the first time in 80 years, since 1940, according to the National Weather Service (NWS), the high soared to 80 on Sunday.

Unfortunately, for gardeners that jumped on the nice weekend weather and started to plant, weather more fitting for early to mid-March is coming on like a freight train. Episodes of freezing temperatures are forecast for parts of the interior Northeast into the middle of May. 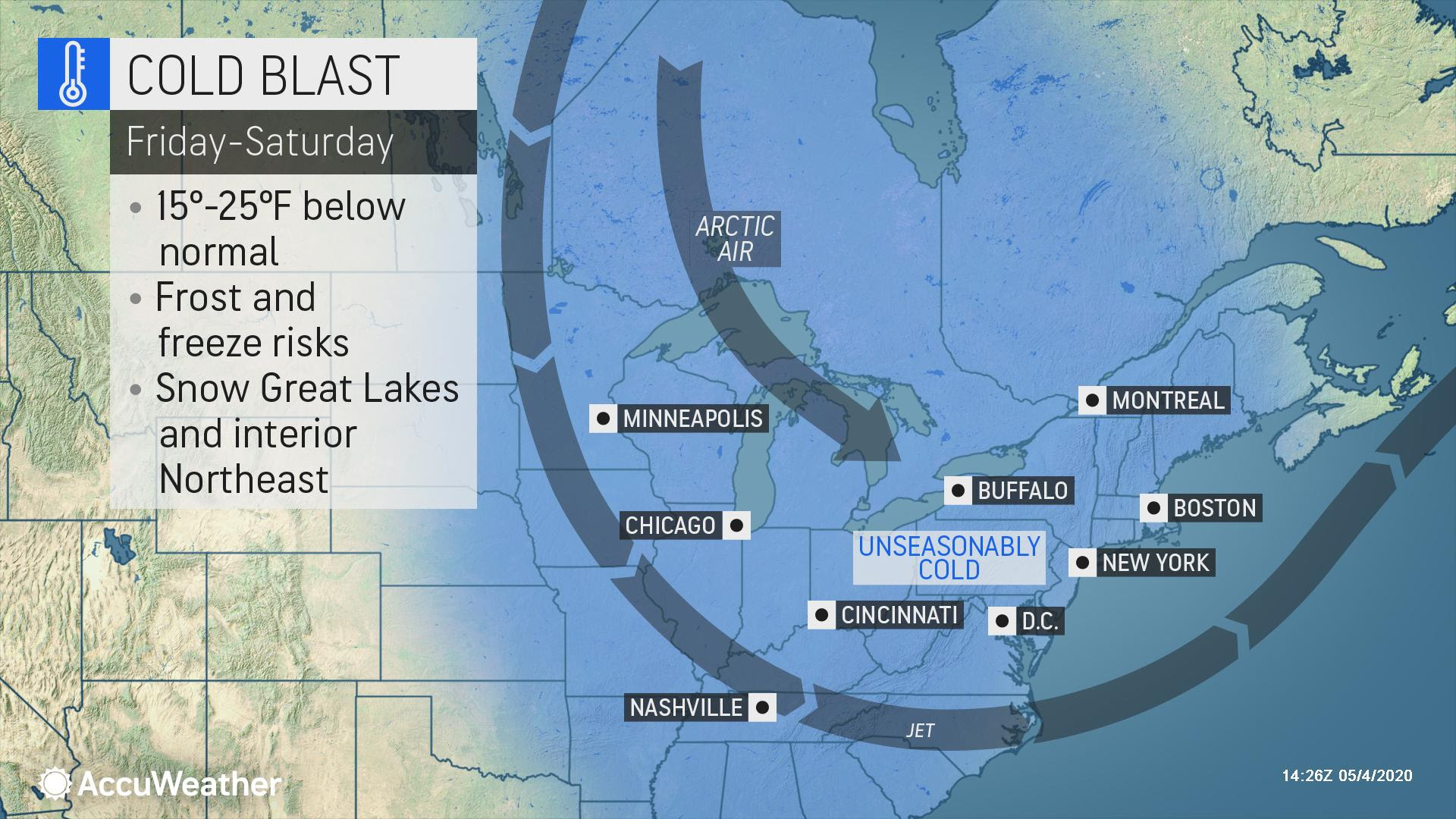 “Get ready to cover or bring in any sensitive plants you bought during the surge of warm weather this past weekend,” Paul Pastelok, AccuWeather’s top long-range forecaster, said.

“The problem is a number of people may have jumped at the recent warmth from this past weekend and started their planting of summer vegetables and annual flowers,” Pastelok said.

The forecast over the next 10 days may spell disaster for some gardeners, farmers and vintners alike. Plunging temperatures could cause damage to sensitive stock, recently bought plants, vineyards and orchards, said Pastelok, whose forecasting team monitors how weather affects the farming industry.