A storm threatens to cause trouble at the start of the busy Thanksgiving travel period with rain, ice and snow to spread over the northeastern United States on Saturday and persist into Sunday in some areas.

Rain is forecast for much of the mid-Atlantic coast and the Ohio Valley this weekend. Meanwhile, other parts of the region have the potential to be on the receiving end of some wintry precipitation during part of the storm.

Rain, slick conditions and poor visibility are in store for much of Interstate 64 over the Ohio Valley and southern Appalachians, as well as I-95 in the mid-Atlantic to around New York City. 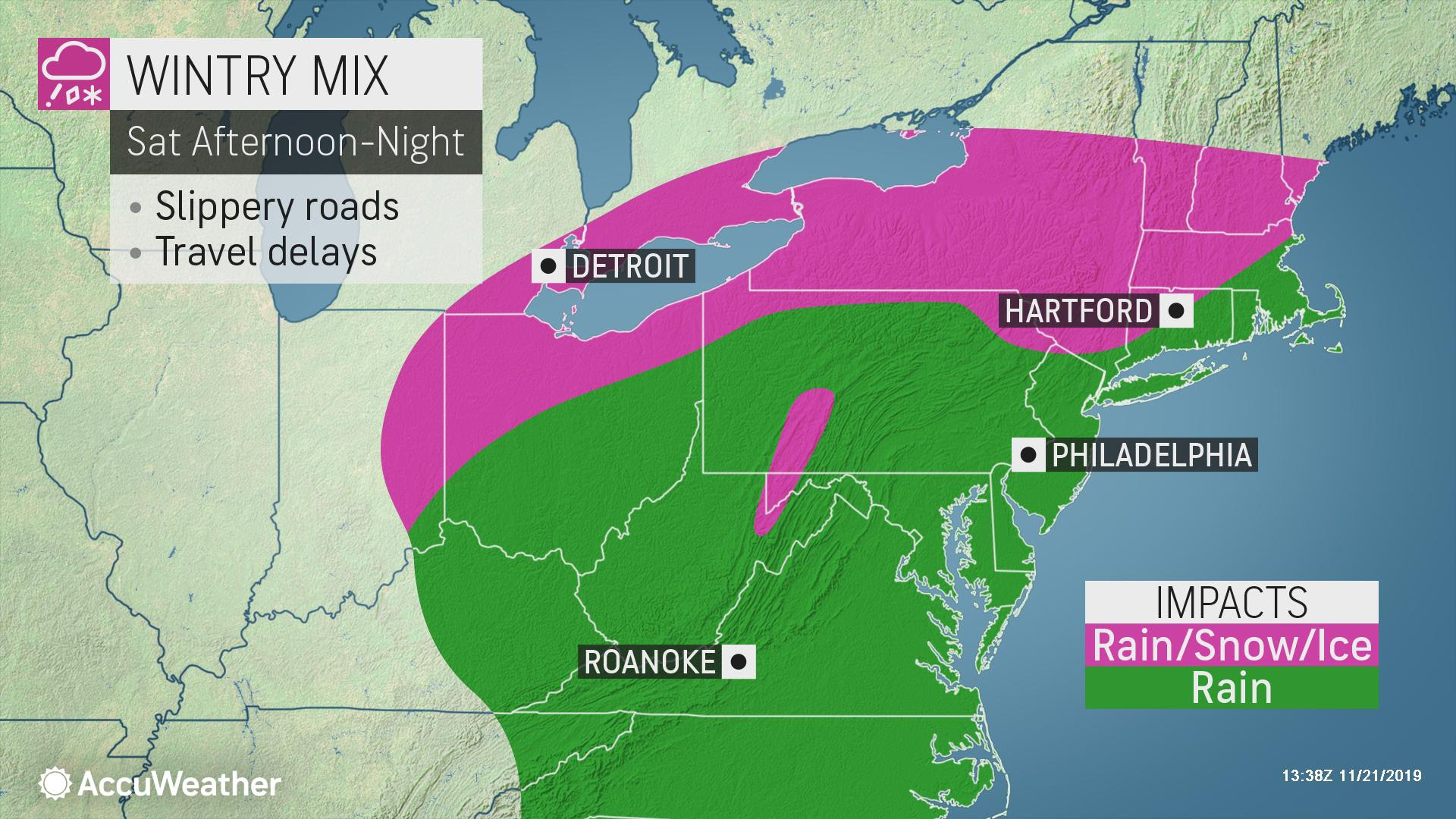 Even where rain falls from the storm, it will be raw and chilly with temperatures ranging from the middle 30s to the middle 40s F. AccuWeather RealFeel® Temperatures will be 5-10 degrees lower than the actual temperature. Fans heading to area football games should dress accordingly.

However, farther north, a wintry mix of snow, sleet and rain can occur along parts of I-70 in Indiana, Ohio and western Pennsylvania, as well I-68 in western Maryland, I-80 in Indiana, Ohio and Pennsylvania and perhaps I-95 from north of New York City to Bangor, Maine. The best chance of a mix or a change to wet snow will be at the tail end of the storm in these areas.

Enough snow can fall for a time to make roads slushy and snow-covered, including along portions of I-81, I-84, I-86, I-87, I-88, I-89, I-90, I-91 and I-93 in the Northeast. Roads may become slippery even though rain may mix in or fall in plain fashion during part of the storm. Motorists are urged to use caution as some roads that appear wet in this area could contain icy patches with temperatures close to freezing.