Plan for snow on Halloween night

After a brief clip of wintry weather raced through the central Plains and western Great Lakes to start the week, bringing a few inches of snow to portions of the Midwest, a much larger and more impactful winterlike storm will close out October.

“This is no joke, as a winterlike storm has the potential to put down a swath of heavy snow over a 750-mile long swath of the Heartland prior to the end of this week,” AccuWeather Senior Meteorologist Alex Sosnowski said.

“By midweek, a powerful storm will erupt out of the South and track northeastward across the country,” Issac Longley, AccuWeather meteorologist, said. 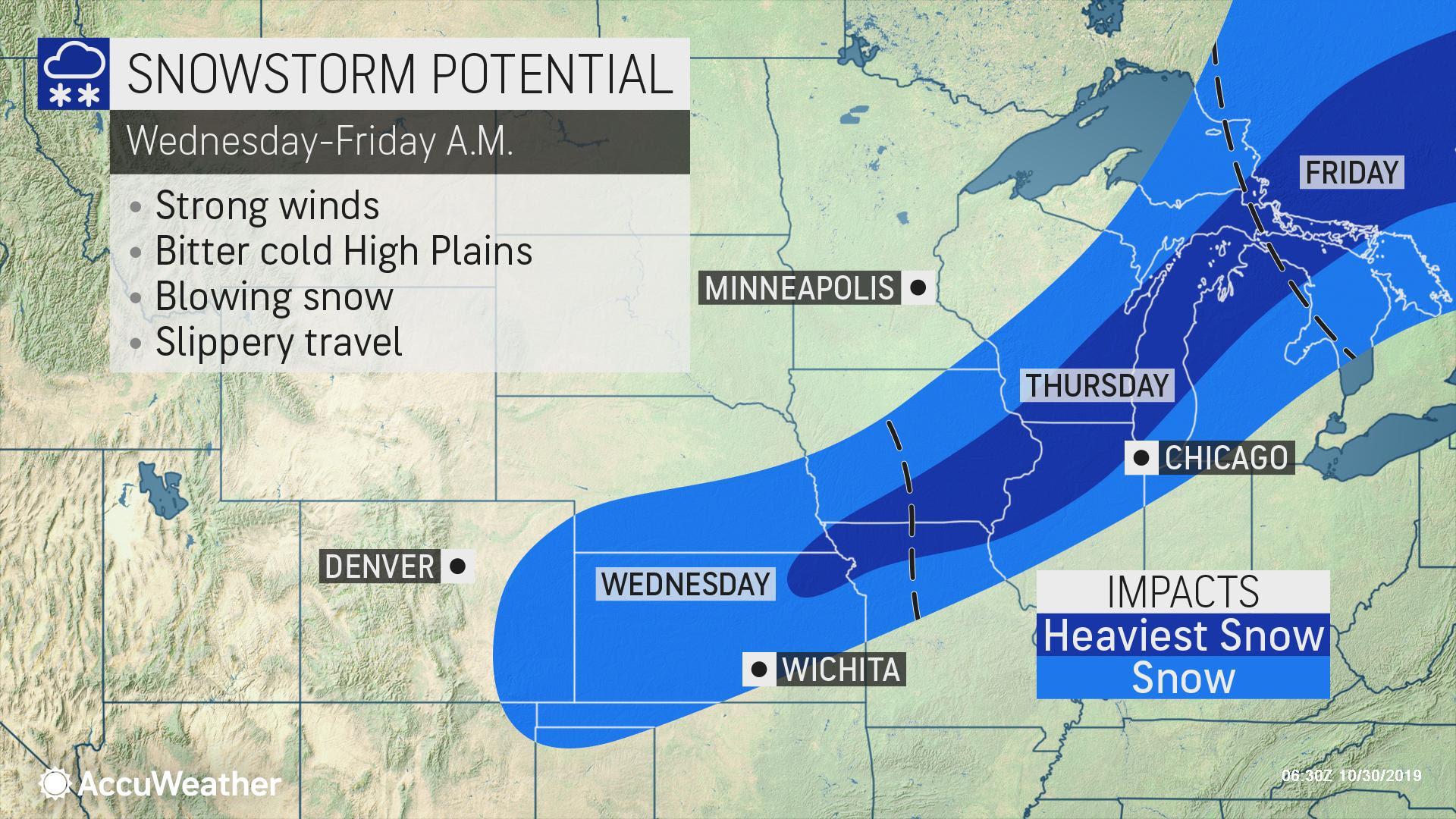 Many locations across the East and Midwest will see major impacts from this storm through the end of the week, according to Longley.

This storm started as disturbance dove south through the Rockies Tuesday night, bringing more snow to areas like Denver and Colorado Springs that have already seen an above-average start to the snow season.

Denver Police responded to over 90 traffic accidents on Monday and credited Denver Public Works drivers for helping keep roads as clear as possible. The city received about 2 inches of snow on Monday.

It will transform into a powerful storm system as it shifts eastward and moves through the Midwest and Great Lakes.

“While the main impacts in the East will be gusty winds and moderate to heavy rainfall, cold air wrapping around the western side of the storm will bring accumulating snow from Kansas to Michigan,” Longley said.

The snowfall rates will generally be light and accumulation may not occur on roads initially, but snowfall is forecast to ramp up substantially as the storm intensifies from Thursday to Friday.